The magnificent sites of Paris are among the top things to do there. It is well-known as a must-see location for a reason. History fans will like the abundance of historical structures and monuments, fashionistas will enjoy browsing the hottest stores, gourmets will enjoy sampling the world-class cuisine, and the list goes on and on.

Making this list of the top Paris attractions wasn’t easy. Paris has so many attractions that it is challenging to narrow the list down to a manageable amount. If your favorite Parisian website isn’t featured below, please don’t hold it against us. It will undoubtedly be included on one of our several pages highlighting everything you shouldn’t miss in Paris, the “city of light,” the location of France’s capital.

The Palace of Versailles is one of the most well-known World Heritage Sites, together with its gardens. The Royal Apartments, the Hall of Mirrors, the Chapel, the Royal Opera, and the Museum of the History of France make up the ensemble, which follows the architectural trends of the 17th and 18th centuries. Statues, fountains, water parterres, and notable structures like the Grand and Petit Trianon, the Temple de l’Amour, and the Hamlet of Queen Marie-Antoinette are used to embellish the park. After two years of renovations, the Royal Opera reopened its doors in 2009 with an excellent repertoire, following the restoration of the royal gate and the complete restoration of the Petit Trianon.

The Abbey swiftly rose to prominence as a major Christian West pilgrimage site and a hub of medieval culture where a significant number of manuscripts were created and kept. “City of the Books” is the name given to Mont-Saint-Michel.

Only a few hours from Paris, the Mont-Saint-Michel is well-known for its medieval abbey located atop a rocky outcrop in the equally well-known Bay of Normandy. You can make the most of your stay in Paris by exploring this distinctive, historic site on a guided trip that departs from Paris with Paris City Vision.

The village of Giverny is located in the Normandy area of northern France. From 1883 until his passing in 1926, the Impressionist artist Claude Monet called this place his home and studio. The iconic water lily series was created in the artist’s lavish gardens and former house, which are now home to the Fondation Claude Monet museum. The Impressionist art movement is highlighted nearby at the Musée des impressionnismes Giverny.

Senlis is a commune in the Hautes de France region of the Oise department in northern France. Senlis served as the residence of the early French rulers because of the Chantilly forest’s close proximity. It is renowned for various historical landmarks as well as its Gothic cathedral.

Start your visit in the center of Senlis’s historic district, where winding cobblestone streets are lined with tall, stately old buildings and shops. In stark contrast, there are also a number of significant, opulent townhouses here, including the Hotel Germain, the Hotel d’Herivaux, and the Hotel du Haubergier. 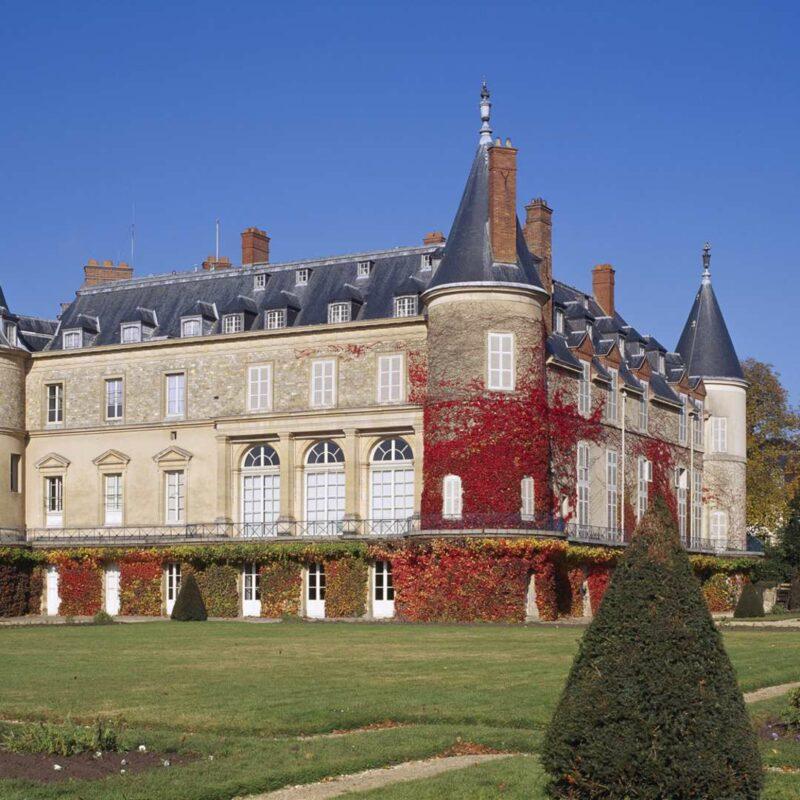 In the second half of the eighteenth century, it was bordered by a “jardin à la française,” or French formal garden, consisting of several canals and six islands, and an English landscaped garden. Over the years, the fortified castle from the fourteenth century has served as a haven for many notable figures who gradually transformed it into a leisure residence acquired by Louis XVI.